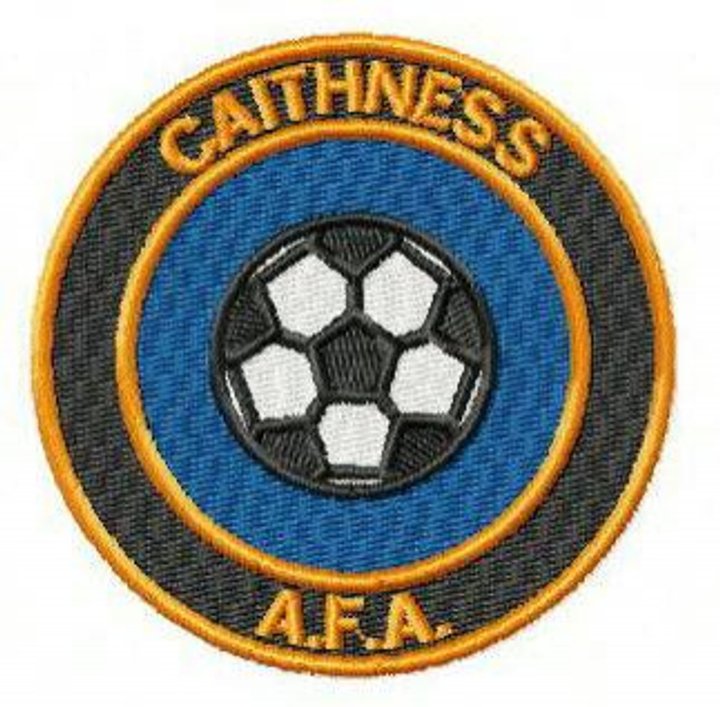 The Archer Shield is contested for annually between Caithness and Orkney, this has happened since 1935. 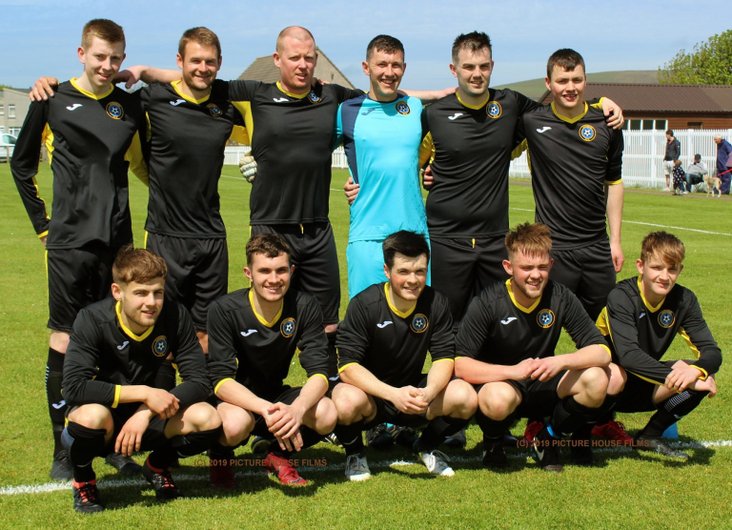 On Saturday a relatively young group of players, (certainly less experienced than their Orkney counterparts. see squad list below)) pulled on the all new CAFA football strip (based on the colours of the Caithness Flag), and represented Caithness Football brilliantly.

All those that answered the call (of which there were many!) from the Management Team of Murray Coghill and Alan Sinclair (Baba) can be very proud of their performance, Orkney Chairman Colin Macleod was very complementary of the ‘young’ Caithness team and their performance.

It should be an honour to represent your County but unfortunately it does appear currently that Orkney cherish this honour slightly more, nevertheless on Saturday a group of Caithness players (many who should, on this performance feature in future squads) did themselves and the County proud.

Unfortunately the match having ended goalless after 90 mins went straight to penalties (due to delayed ferry departure and venue changes) and Caithness were just edged out 4-2. Orkney have now won the Archer Shield for the last 4 years, congratulations to them.

A great day out with excellent hospitality from Orkney AFA, playing for your County on an excellent surface, nice weather, with a good crowd watching, what more could an amateur footballer ask for.

Let’s hope we get the member clubs support, players available, fans turning out and result next season and keep the Archer Shield in Caithness.

I would like to finish by thanking all the member clubs who encouraged/facilitated their players being available on the day, the players themselves for their performances, Murray and Alan for their time/efforts/experience, Darren for filming the match and CAFA committee members for support/arrangements.